UK Research and Innovation (UKRI) have announced the results of last year’s Transforming Construction challenge. It’s great news that our project with Landsec and Easi-Space – the world’s first major commercial development designed and built using the Platforms approach to Design for Manufacture and Assembly (P-DfMA) – has been chosen and funded as one of the ‘demonstrator projects’ that will prove how innovation can transform construction.

This is a landmark moment. But it is also the latest chapter in a long story of Government-led collaborations with private sector clients and a new kind of supply chain, resulting in real progress and real, tangible outcomes, which benefit both private and public sectors.

It is this kind of sustained, intelligent and joined-up collaborative approach that will bring about sector-wide positive change. Government should be applauded for this consistent direction of travel, and it’s worth recounting the linked pieces of work that predate this latest announcement.

The development of Platforms started back in 2016, when the Ministry of Justice (MOJ) appointed us to develop a new type of prison, focused on rehabilitative outcomes for prisoners. One aspect of the project was to maximise the use of DfMA and set a new benchmark for public sector adoption. It soon became apparent that systems developed for the MOJ (whose estate includes education, healthcare, offices, sports halls and workshops) would also be appropriate for the wider public sector.

The cross-department Modern Methods of Construction (MMC) Working Group fostered this approach and adopted the term ‘Platforms’. It was brought across from manufacturing thanks to the involvement of the Manufacturing Technology Centre who are now a partner in the Construction Innovation Hub. This Group’s work was documented in ‘Delivery Platforms for Government Assets’ and was influential in Chancellor Philip Hammond’s November 2017 Budget Statement, which endorsed MMC and committed the government to drive its adoption.

Meanwhile, the Department for Business Energy and Industrial Strategy (BEIS), who implemented the mandatory use of Building Information Modelling (BIM) in public sector works, funded Bryden Wood and the MTC to develop further the cross-fertilisation of manufacturing and construction. In March 2018, we worked together on an event, ‘Transforming Construction’, which showcased a Platform approach to DfMA and launched the book ‘Delivery Platforms’.

All of this informed continued strategic thinking within central government. In November 2018, the Infrastructure and Projects Authority (IPA) launched its call for evidence, ‘Proposal for a New Approach to Building,’ calling for the adoption of Platforms. At the same time, the Construction Innovation Hub (CIH) was announced, partly to accelerate the design and development of Platforms.

In 2019, with Landsec and Easi-Space, we were successful in bidding for funding from UKRI to support a collaborative project to research and test automation in construction. This is our work on Platforms for offices and commercial developments.

This work is now a key focus for the CIH, and it is the heart of the demonstrator project that has won this latest funding from UKRI. The close collaboration between Landsec, Easi-Space, the Bryden Wood design team and a new supply chain, is now applying the P-DfMA design and prototype learnings to a live Landsec project in Sumner Street, central London.

This development will be two office buildings around an internal courtyard, rising to nine storeys and covering a total of 135,000 sq ft. It is designed to a ‘zero carbon in use’ strategy, and the efficiencies and innovations inherent to P-DfMA are already achieving remarkable gains: 40% reduction in steel used; a forecast 19.4% reduction in embodied carbon per square metre, a 36.4% carbon reduction in the substructure and 20.2% in the superstructure and façade.

Sumner Street is a game changer for construction. But it’s important to see that it has not come in isolation. It is a big step on a journey that is a direct result of support and collaboration between UK government, key industry players and a new supply chain.

All the learnings from the Sumner Street project will be fed back into the work of the CIH, continuing the virtuous cycle; this initiative was promoted by government at the start, and is now demonstrating how that initial support is bearing fruit and will continue to do so.

It is through collaborative approaches like this between government and the private sector that we can achieve value-driven transformation of the sector and bring enormous benefit to the built environment and society more broadly.

On 8 July 2020, Chancellor Rishi Sunak committed funding to modern methods of construction in his Plan for Jobs. 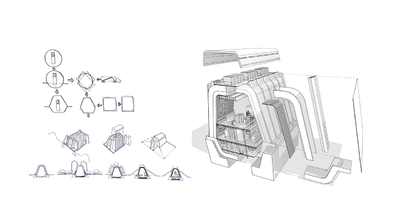 Is nuclear renewable? Strategies for decarbonisation.

Digitalisation & health and safety in construction, Built Environment Matters podcast with Professor Jennifer Whyte, Director of John Grill Institute for Project Leadership and Head of School of Project Management at University of Sydney