Automation in construction: an off-site case study of the FASTtruss system with DES

Introduction – what is automation in construction?

The overall landscape of the construction industry has been changing in recent years, driven by an expanding interest in areas such as Design for Manufacture and Assembly (DfMA), Modern Methods of Construction (MMC), and the use of transformative new technologies ranging from digital design tools to construction robotics and intelligent control systems. Broadly speaking, when we refer to automation in construction, we mean the development and application of tools, methods and technologies that automate various parts of a construction project from design through to the actual construction process. This could include creating many building options with generative design at an early stage, testing facilities or construction schedules with simulation, or on-site construction robots performing tasks which could be inefficient or unsafe for people to do. In this article we go into detail on a case study where discrete event simulation (DES), developed in collaboration with Tata Steel, supports the analysis and development of an off-site, automated factory which manufactures the FASTtruss structural building assemblies.

How can automation be used in construction?

Traditionally, construction has been an on-site process with a minority of off-site construction operations, but it is now shifting to include a hybrid of both on-site improvements and increased off-site operations (https://www.brydenwood.co.uk/offsiteoronsiteconstruction/s125064/). The shift offers a range of benefits across the construction life cycle. Working this way, components or systems (including those related to platform design (P-DfMA), or in some cases modular construction) can be more readily fabricated in off-site facilities and transported to site for final assembly. On-site operations can also model themselves on manufacturing processes to provide higher efficiencies, predictability and reduce waste. In addition, this creates many more opportunities to implement automation and digital tools, particularly in off-site manufacturing.

Previously, we have covered the general benefits of discrete event simulation (DEM) in construction (https://www.brydenwood.co.uk/discreteeventsimulation/s97989/), and the increasing use of these powerful tools as a core part of automation in construction. The need for these tools is on the rise as design and construction continue to tackle some of the largest issues an industry could face: low and declining productivity, poor predictability, shrinking workforce and skills shortages. Other industries have been able to embrace new approaches and technologies to see continual year-on-year increases in labour productivity and other areas. As we move towards the future, construction firms will need to embrace construction automation and MMC, to create positive transformation in the industry.

Recently, Bryden Wood has collaborated with Tata Steel and the Advanced Manufacturing Research Centre (AMRC) on the FASTtruss project for automated design and fabrication of steel truss assemblies, for medium-to-large-span buildings. A truss is an assembly, typically made from timber or steel, which forms part of the structural frame of a building. The aim of this project was to produce an automated design tool for a structural building system comprised of a small number of truss assemblies, that could then be mass produced in an automated factory.

The truss system design is an automated, digital workflow which takes client requirements including geometrical constraints and preferred materials, and uses iterative parametric 3D modelling to develop individual truss designs. Structural optimisation and validation are included as part of this process to ensure that the truss meets the required specification. Once complete, these 3D models become a suite of outputs which can drive further analysis of the wider system. This includes detailed analysis of parts of the assembly process, such as robotic welding cells.

In addition, the mathematical modelling and simulation tools (including process simulation models) can then be used to test the proposed manufacturing process and production options, providing stakeholders with more information to make better informed decisions.

The factory takes square hollow section steel and plate steel as raw materials and fabricates different types of painted trusses. Using expected market demand as well as the ongoing truss system designs, a process flow for fabrication was developed with initial layouts for arrangement and quantities of equipment. Most of this process is to be automated with some manual intervention for transport, quality assurance and painting; processes where automated stations are unnecessary or significantly expensive against provided benefit.

To provide a better understanding of the system, we built a time-based discrete event model to represent the process and provide key outputs for various sets of input parameters. This allows the designers and stakeholders at an initial planning stage to see, digitally, how their assets could perform during production and provide feedback during the project at the earliest opportunities where large changes can be made to maximise value.

For the purposes of this project, operations upstream of raw material addition, and operations downstream of the final truss painting, were excluded from the simulation. The remaining process steps represented the core fabrication steps to transform raw materials into finished trusses, in addition to some of the largest investments in capital and automation and, therefore, the areas of highest interest.

We built the model itself in AnyLogic, primarily with the process modelling and material handling libraries. We drew a spatial representation of the factory to define the arrangement, quantity and sizing of process stations and travel routes (including conveyors and forklifts) as well as crane zones to facilitate movement of raw materials and assemblies through parts of the line. We created a logic flow to define how all the raw materials and assembled trusses moved through the system, depending on their types and other parameters.

Some aspects of the process were fixed, such as the quantity of welding stations and the routing of specific truss types (e.g. truss type A and B can be processed in welding station 1). Others, for example the painting bays, were left as flexible station areas to allow recording of the capacity over time.

The data itself was not hard-coded into the model and instead read from an external data file, which made running multiple simulations for differing parameters a rapid process.

Several different scenarios were simulated in the model that were made up from combinations of options. This included different production schedules and whether transport timings were included, to test sensitivity of the system to these inputs. We also added scenarios for a +/- 20% variation on process timings (for example, the welding stations), using a triangular distribution.

We defined key outputs to measure performance of the system, including schedule completion time (i.e. how long it took to manufacture all trusses in the schedule) and average daily throughput, for comparison against expected market demand. We recorded buffer accumulation to test for process bottlenecks, as well as the number of occupied painting stations to check capacity against what had been previously assumed.

The model was able to support several assumptions made for the design of the process, such as the allowances for buffers and painting bays. Additionally, the model could show that the system was sensitive to assumptions made for travel time of materials between stations, but that the different production schedules and variation in process time only resulted in slight variations in results.

With this simulation able to rapidly test multiple options and scenarios, the model can continue to be used to test further sensitivities in the process or be expanded to include even more of the system. This could include raw material handling, truss packing and shipping, or even wider in the supply chain.

This type of project demonstrates how simulation can support automation in construction, providing dynamic time-based results to design teams and stakeholders to aid in their decision making – particularly highlighting how and where automated processes can provide the biggest benefit for process or cost. As part of the wider construction industry, these types of approaches will be able to support the large changes that will need to occur within the next decade. From the use of DfMA factories to supply increasing demands for buildings and infrastructure while making best use of diminishing workforce, to integrating the supply chain, and cutting building costs and carbon footprint, the application of DEM as a powerful form of automation in construction is an exciting proposition for the future of the construction industry. 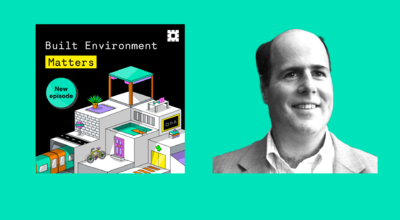