We're working with TerraPraxis, a non-profit organization focused on action for climate and energy, on their ‘Repowering Coal’ initiative.

‘Repowering Coal’ will deliver a substantial portion of the clean electricity required to achieve Net Zero by 2050 by replacing coal-fired boilers at existing power plants with Generation IV Advanced Modular Reactors (AMRs) which will be ready for deployment by 2027.

Bryden Wood has created a new design and construction solution that will make this possible at scale and speed, a key part of which is a new digital platform.

Martin Wood, co-founder, Bryden Wood, says: 'We’re building the market for AMRs at the same time as the product itself is being developed. The digital tools we’re creating will enable us to have a huge number of projects, across multiple sites, ready to go as soon as the reactors are approved. Speed and agility have never been so important.'

Eric Ingersoll, co-founder, TerraPraxis says: 'This ambitious project will design a process to repower the world's coal fleets via a fast, repeatable system resulting in carbon negative power plants that are cheaper to operate than before and ensure continuity for communities reliant on these plants for energy and jobs.'

Bryden Wood is working with TerraPraxis, MIT, University at Buffalo, Microsoft and KPMG to create a new building system to standardise and optimise the following key elements:

A standardised but customisable heat transfer and storage system allows the new, small nuclear systems to ‘plug in’ to existing coal plant infrastructure which will deliver a capital cost saving of 28- 35% (compared to a new nuclear plant) and doesn’t require major reworking of the existing energy grid.

Standardization will address the differing requirements for a wide variety of AMRs, site layouts, and energy and heat demand. The component-based design enables the plant to be reconfigured and expanded to accommodate different numbers of AMRs while adhering to Generation IV safety and regulation standards.

Martin Wood adds: 'It’s the simplification, standardisation and scale of the design and construction process that makes this cutting-edge initiative possible.'

New digital infrastructure will enable design knowledge to be embedded in the building systems and design tools so that all parties can share progress and results in real time across all projects.

New algorithmic design tools are being created to:

The structural components can then be mass produced by existing and new manufacturers and assembled on-site by non-nuclear specialists.

Together, the tools create a completely new, open, digital platform to which everyone has access and can contribute.

Martin Wood continues: 'There’s a seat at the design table for everyone from plant owners to regulators, to suppliers, AMR vendors, customers, investors and assemblers – everyone involved in the project. Now, for the first time, it’s possible to connect these people together with a digital platform and give them access to all the information on their project.'

Bryden Wood has already developed similar data-led solutions for the Ministry of Justice, the Department of Health and Social Care, and major commercial clients including Landsec, resulting in reductions in construction time, carbon and cost.

Installing Advanced Heat Sources (such as AMRs) to replace coal-fired boilers at existing coal plants will enable the continued use of existing infrastructure to produce and distribute continuous, emissions-free energy.*

‘Repowering Coal’ means that a wide range of coal plant owners will have access to a cost-effective and speedy solution for replacing coal, while retaining their existing assets. A wide range of reactor manufacturers will have access to more clients. Large scale de-risked investment opportunities will become available to companies that develop and deliver the constituent parts of the overall initiative. ‘Repowering Coal’ is an attractive proposition for communities to keep jobs, secure other investment and create a better local environment.

Ingersoll says: 'We can open a path for continued economic growth without emissions. We can stop burning coal now but keep the benefits of the coal plant infrastructure by repowering them with new clean energy sources. In the US, this model meets even Senator Manchin’s local political viability requirements because it protects local labor, economies and infrastructure investments and utilizes existing grid connections.'

Initially, the project will launch in the US but is designed to be rolled out world-wide and to attract customers and supply chain partners to re-engineer coal plants in all locations. Replacing coal boilers with advanced modular reactors (AMRs) allows use of existing infrastructure for clean electricity generation and a fast, low-risk path to decarbonising global power generation. Unlike other proposed solutions, repowering coal plants offers robust political viability because it preserves jobs, local economies and existing, high-value infrastructure investments. 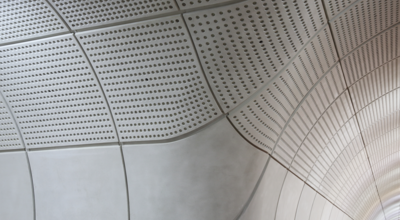