Bryden Wood were appointed as integrated designers to provide the full design of the circulation nodes to London Heathrow Terminal 5’s midfield pier.

There are twelve nodes, which were designed as a series of modular products, capable of being manufactured in a factory and delivered to site for rapid assembly. The nodes are approximately 17 × 10 × 10m high and consist of a passenger reception hall, links to the terminal and vertical circulation and escape to apron level.

The modules were delivered fully finished and ready for airfield operations. The modular design allowed the assembly process to be contained within a two-week stand closure, which ran from possession of site to a returned operational facility, this is compared to the 16 week period for traditionally delivered nodes. 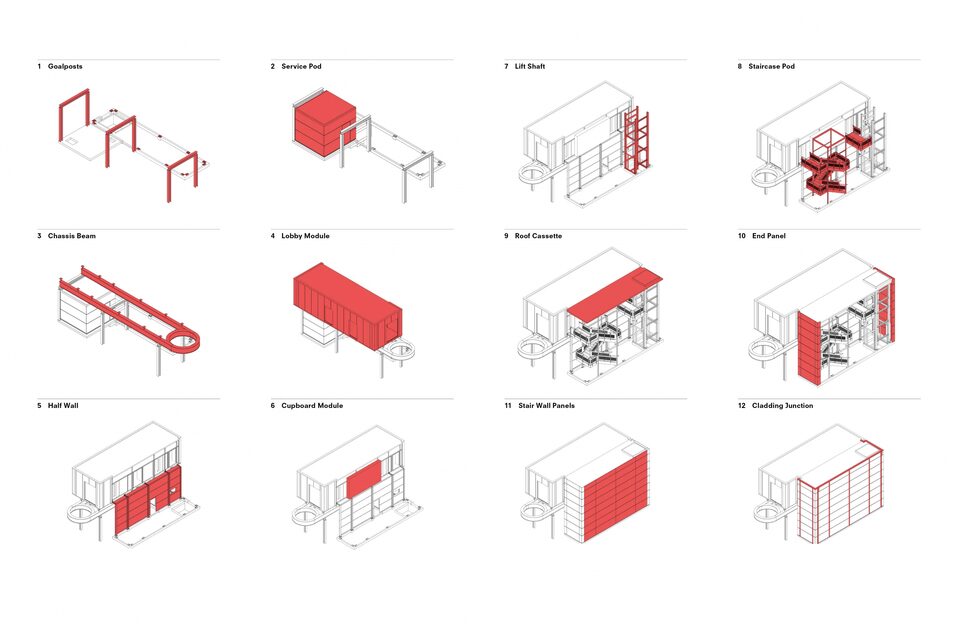 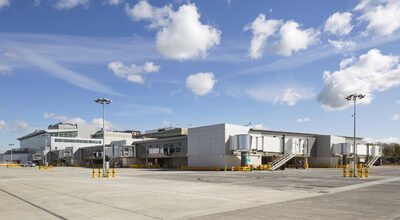 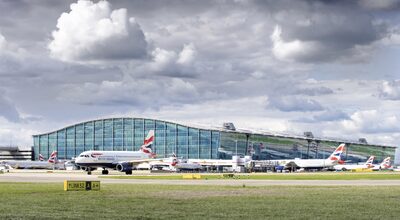